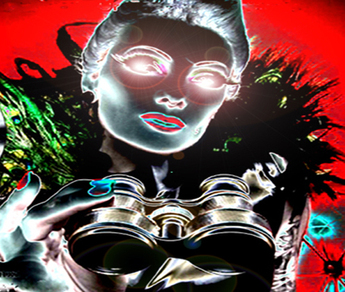 What We DON'T Know about Remote Viewing
Science and Applications

An Open Project for the RV Community

"The acquisition and description, by mental means, of information blocked from ordinary perception by distance, shielding or time." (SRI-International Definition)

"Remote viewing is a novel perceptual discipline for gaining information not available to the ordinary physical senses. Used extensively by so-called "psychic spies" during the Cold War for classified military projects, it has a long history both as an intelligence gathering tool and as the subject of research and applications in the civilian world." (From the International Remote Viewing Association, http://www.irva.org )

Plain and simple, we do not understand how remote viewing works. What passes for the science of RV is a very elaborate set of empirical rules, many of them highly successful - forming various methodologies taught by individual RV schools. However, there is no consistent, comprehensive physical theory available to support these methodologies. We have very little insight into physiological or metabolic correlates of RV function, not to mention apparent interactions with physical targets and group interference effects.

It would appear that the only major research resource the RV community currently possesses is a large number of motivated, experienced and fundamentally curious human beings. Everyone who has taken up the practice of RV has more questions than answers about this extraordinary phenomenon. Everyone who is serious about the practice of RV is devoting many hours of intense work every week in order to maintain and improve their skill. And nearly everyone has, sooner or later, faced up to the frustrating paucity of RV research papers in the current scientific literature.

It is our belief that your questions, your curiosity and your serious commitment to this field can be put to immediate use toward the development of a real scientific model of RV. A century ago, Rene Warcollier and his experimental telepathy grouplaid the foundation on which remote viewing emerged several decades later - with nothing but pen, paper and hours of creative thinking in the way of "experimental equipment". There is no reason for which this pioneering research cannot be continued by today's generation of remote viewers. As the work posted on the HRVG website ( http://www.hrvg.org ) clearly demonstrates, such projects can easily be based on the collaboration of individuals from different corners of the world, working at their own pace and in their own environment: the only requirement is a clear understanding of the protocol and a willingness to share one's results with the rest of the community.

We would therefore like to open this joint project to every remote viewer and/or interested researcher, regardless of background or method followed. It has been HRVA's consistent position that only by full disclosure and sharing of results can we make progress in this endeavor - and that belief continues to guide our current efforts.

We invite all interested participants to post questions and proposals that address practical and theoretical aspects of remote viewing, in order to create a pool of common information from which future conclusions, working hypotheses and experimental projects can be developed. PLEASE KEEP YOUR LETTERS AND ARTICLES CONCRETE AND WELL-REFERENCED.

a. Define question
b. Concrete example (if applicable)
c. Historical position or perspective (approach taken by various schools of thought, if you are aware of any)
d. New proposals (practical solutions, theoretical and experimental approaches)
e. Relevant experimental results (if available)

You can submit your ideas via automatic archiving on our discussion board (click here ) or by e-mailing your letter to one of the project managers (see below).  After reviewing the content and format of your proposal, we will enter it under the appropriate category or contact you for more clarifications. All questions and suggestions will be indexed for search and retrieval functions, and may be referenced or published as such in a periodic Project Report to appear in the Journal of Nonlocality and on the HRVG website. Please note that proposals submitted as full write-ups are more likely to be published as an individual paper. Also, all participants in the design and execution of particular experiments will be listed as authors in the experimental report.

A committee will be selected in the near future and tasked with reviewing the merit and design integrity of various proposed experiments. If you are interested in being part of this committee, or would like to participate as a remote viewer/ analyst, please contact one of the project managers listed below.

I.  IN-SESSION DATA COLLECTION AND INTEGRATION 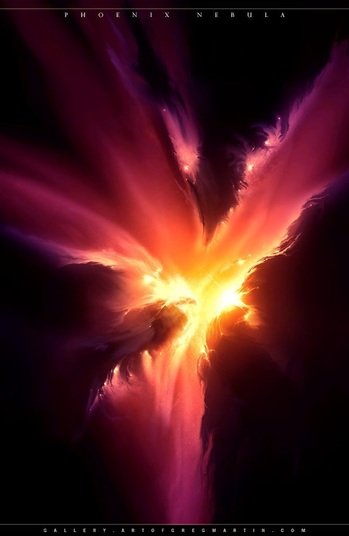 Evaluation of the Program on Anomalous Mental Phenomena — Ray Hyman Webmaster's note: Dr. Hyman has apparently taken this offline. This link is to a local copy.

Commentary on the AIR Report — Ed May

Remote Viewing at Stanford Research Institute in the 1970's: A Memoir — Russell Targ

Healing and the Mind: Is There a Dark Side? — Larry Dossey 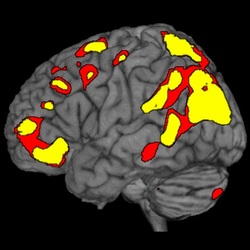 Researchers have found evidence for “chronesthesia,” which is the brain’s ability to be aware of the past and future, and to mentally travel in subjective time. They found that activity in different brain regions is related to chronesthetic states when a person thinks about the same content during the past, present, or future. Image credit: Lars Nyberg, et al. ©2010 PNAS.

(PhysOrg.com) -- The ability to remember the past and imagine the future can significantly affect a person's decisions in life. Scientists refer to the brain’s ability to think about the past, present, and future as "chronesthesia," or mental time travel, although little is known about which parts of the brain are responsible for these conscious experiences. In a new study, researchers have used functional magnetic resonance imaging (fMRI) to investigate the neural correlates of mental time travel and better understand the nature of the mental time in which the metaphorical "travel" occurs.

The researchers, Lars Nyberg from Umea University in Umea, Sweden; Reza Habib from Southern Illinois University in Carbondale, Illinois; and Alice S. N. Kim, Brian Levine, and Endel Tulving from the University of Toronto in Toronto, Ontario, have published their results in a recent issue of the Proceedings of the National Academy of Sciences.

"Mental time travel consists of two independent sets of processes: (1) those that determine the contents of any act of such ‘travel’: what happens, who are the 'actors,' where does the action occur; it is similar to the contents of watching a movie – everything that you see on the screen; and (2) those that determine the subjective moment of time in which the action takes place – past, present, or future," Tulving told PhysOrg.com.

"In cognitive neuroscience, we know quite a bit (relatively speaking) about perceived, remembered, known, and imagined space," he said. "We know essentially nothing about perceived, remembered, known, and imagined time. When you remember something that you did last night, you are consciously aware not only that the event happened and that you were ‘there,’ as an observer or participant ('episodic memory'), but also that it happened yesterday, that is, at a time that is no more. The question we are asking is, how do you know that it happened at a time other than 'now'?"

In their study, the researchers asked several well-trained subjects to repeatedly think about taking a short walk in a familiar environment in either the imagined past, the real past, the present, or the imagined future. By keeping the content the same and changing only the mental time in which it occurs, the researchers could identify which areas of the brain are correlated with thinking about the same event at different times.

The results showed that certain regions in the left lateral parietal cortex, left frontal cortex, and cerebellum, as well as the thalamus, were activated differently when the subjects thought about the past and future compared with the present. Notably, brain activity was very similar for thinking about all of the non-present times (the imagined past, real past, and imagined future).

Because mental time is a product of the human brain and differs from the external time that is measured by clocks and calendars, scientists also call this time “subjective time.” Chronesthesia, by definition, is a form of consciousness that allows people to think about this subjective time and to mentally travel in it.

Some previous research has questioned whether the concept of subjective time is actually necessary for understanding similarities in brain activity during past and future thinking compared with thinking about the present. A few past studies have suggested that the brain’s ability for scene construction, and not subjective time, can account for the ability to think about past and future events. However, since scene construction was held constant in this study, the new results suggest that the brain’s ability to conceive of a subjective time is in fact necessary to explain how we think about the past and future.

“Until now, the processes that determine contents and the processes that determine time have not been separated in functional neuroimaging studies of chronesthesia; especially, there have been no studies in which brain regions involved in time alone, rather than time together with action, have been identified,” Tulving said. “The concept of ‘chronesthesia’ is essentially brand new. (You find a few entries on it in Google, but not on Web of Science.) Therefore, I would say, the most important result of our study is the novel finding that there seem to exist brain regions that are more active in the (imagined) past and the (imagined) future than they are in the (imagined) present. That is, we found some evidence for chronesthesia. Before we undertook this study it was entirely possible to imagine that we find nothing!”

He added that, at this stage of the game, it is too early to talk about potential implications or applications of understanding how the brain thinks about the past, present, and future.

“Our study, we hope, is the first swallow of the spring, and others will follow,” he said. “Our findings, as I alluded to above, are promising, but they have to be replicated, checked for validity and reliability, and, above all, extended to other conditions and situations, before we can start thinking about their implications and applications (of which it is easy to think of many).”