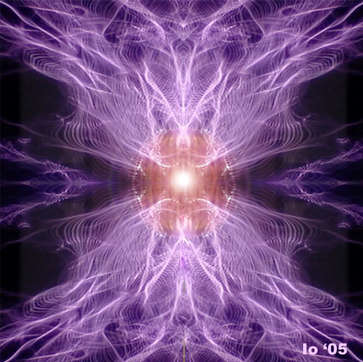 Part 3 of Asklepia's grant solicitation and Pilot Study Program is an experiment in neuromagnetic therapy where waveshaped electromagnetic feedback is applied to various lobes of the brain.  An experiment is proposed using German acupuncture equipment, Mora and Indumet machines, to supply magnetic pulses which affect consciousness and psychophysical imagery.  IACS already has this equipment in its lab, awaiting the completion of  Parts 1 and 2 of the Pilot Study, which objectively document psychophysical changes and internal states at certain key moments in the CRP journeys.

The Role of Electromagnetic Fields
in Consciousness Engineering

Abstract:  In nature the electromagnetic field is seamlessly welded together.  However, when we make models of the human organism, we often treat electricity and magnetism as separate operators.  The role of magnetic fields in consciousness has been largely overlooked in favor of focusing on electric fields in neurons, (except in the diagnostic area of MRI).  Magnetic signals can travel from one part of the brain to another much faster than electrical signals can travel along neurons.  Evidence (Persinger, 1987) suggests that magnetic signals play an important role in managing states of consciousness. Specific magnetic waveforms can carry the same information content as the EEG.  These waveforms can actively kindle and entrain areas of the brain in a rhythmic feedback cycle, creating a structure that can completely dominate the person’s experience.  At this point, the signals become complex magnetic signals, because they are not simple repeating patterns.  Such entrainment has shown promise for the treatment of a variety of disorders including stress and clinical depression.  An experiment is proposed using German acupuncture equipment, Mora and Indumet machines, to apply magnetic pulses, specific waveforms to the occipital region. Entrainment is also seen in the auditorily-induced beat-frequency or frequency following response (FFR).  This phenomena is created by playing two different stereo signals into the ears which pulse at different frequencies, (Monroe).  The difference between them is the frequency the brainwaves begin to resonate with--usually alpha rhythms.  FFR on an audio tape used with headphones can actively drive the brainwaves toward alpha production.

Keywords: temporal lobe, complex magnetic signals, frequency following response, biofeedback, neuromagnetic therapy, Michael Persinger, Robert O. Becker, holonomic physics, Mora and Indumed machines, consciousness, altered states, EEG, Michael A. Persinger is a neuropsychologist and pioneer in applying electromagnetic fields to individuals to discover their effects.  Persinger’s research at Laurentian University in Ontario reveals that the brain is able to discriminate and respond to even weak external magnetic fields, especially if the fields affect the temporal lobes.  He can control some of the imagery of his subjects’ experience by manipulating complex electromagnetic patterns and their delivery to sites in the brain.  Both consciousness and behavior are affected by certain electromagnetic signals.

Persinger asserts that “The brain is highly sensitive to information and when magnetic fields are complex or irregularly pulsed, these fields can begin communicating with the brain, altering its information flow and the way the individual perceives himself and the environment.” Under controlled conditions, his lab has induced perceptions of mystical and paranormal events, including visitations by gods, demons, and other apparitions, including abductions by alien creatures, or so it appears to the subject.  Regions deep within the temporal lobes, such as the amygdala and hippocampus, are strongly associated with the regulation of emotions and are highly unstable electrically.

Experience of these strange beings and mystical encounters are typical of mini-seizures, or microseizures, in the temporal area called Temporal Lobe Transients, (TLTs).  Some individuals are more susceptible because their temporal lobes are more electrically unstable. So, is God an energy field; is the mind an electromagnetic map of the soul?  Persinger is attempting to lay bare the physical sources of spiritual consciousness.  When the right hemisphere of the brain, the seat of emotion, is stimulated in the cerebral regions presumed  to control notions of self, the left hemisphere, seat of language, is called upon to make sense of this nonexistent entity--the mind generates a “sensed presence.”