MRU began with the simple question, why isn't the US funding psi research like the Russians? 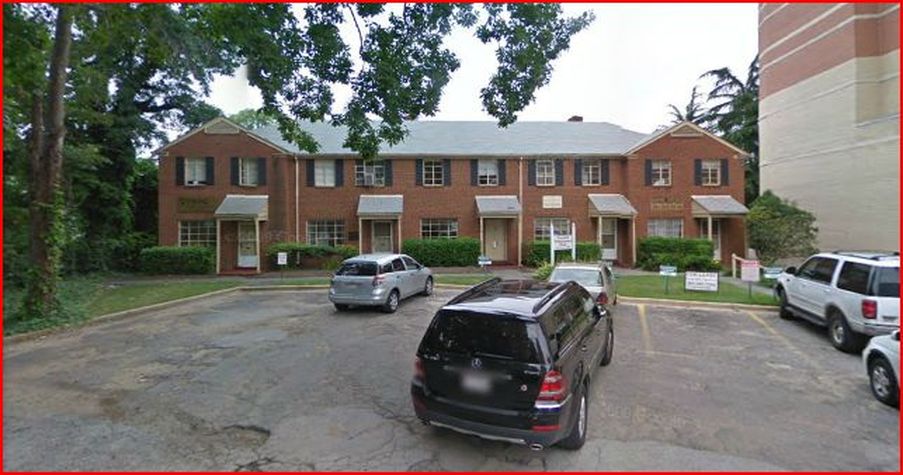 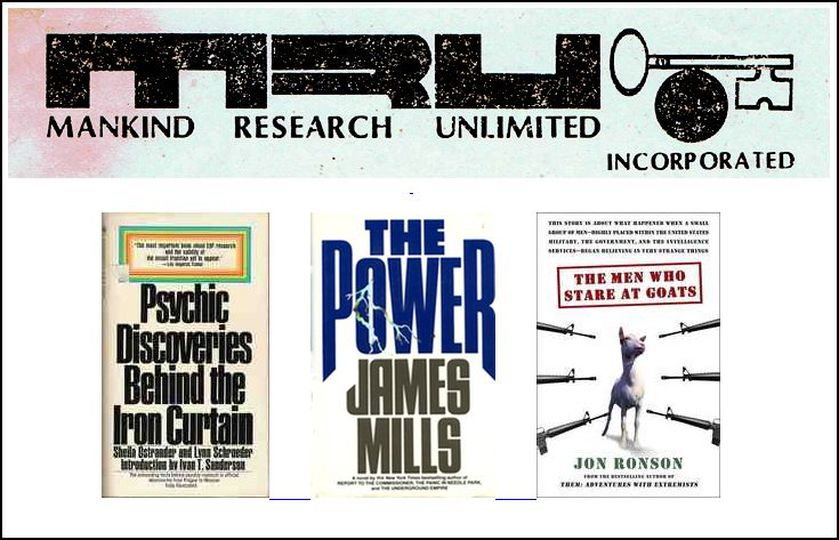 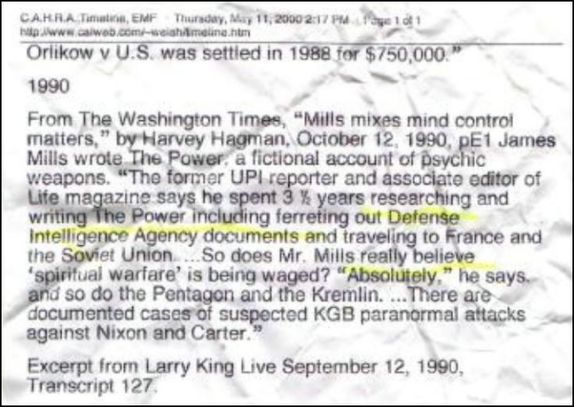 In 1973, the international expose PSYCHIC DISCOVERIES BEHIND THE IRON CURTAIN by Sheila Ostrander & Lynn Schroeder became a best-seller. Former Naval Intelligence Officer, Dr. Carl Schleicher actively wondered why the U.S. had no comparable program in psychotronics, where esoterics meets science. He resolved to create one, recruited authors Ostrander & Schroeder to turn over their untranslated data, and began collecting researchers and creating experimental protocols. Thus, in 1973, Mankind Research Unlimited (MRU) in Washington D.C. was born as a private company, seeking government and corporate contracts.

The irony of this Cold War era, is that the Soviets thought we were using psychic spies, so they began their program, which in turn sparked actual US interest, based on their claims of success. Soviet interest in psi was piqued in February 1960 by a story in the French magazine Science et Vie (Science and Life) entitled "The Secrets of the Nautilus." It claimed that the US government secretly used telepaths to communicate with the first nuclear submarine, the Nautilus, while it was under the Arctic ice pack. This telepathy project allegedly involved President Eisenhower, the Navy, the Air Force, Westinghouse, General Electric, Bell Laboratories and the Rand Corporation.

Communicating with submarines is difficult as radio waves do not penetrate to the depths of the ocean. Extremely low frequency (ELF) waves are used to signal the submarine to come to the surface to receive a message. These super-long waves penetrate almost anything including water but carry little information. If telepathy could work it would be a perfect method of communicating with submerged submarines.  The story was probably a propaganda hoax but the Soviets were spurred into action.

The Cold War among psychic spies is recounted in James Mills' book THE POWER (1990), which is loosely based on MRU's principle spyentist, "KT," a longterm advisor to Dr. Schleicher and Joint Chiefs of Staff. The fictional Jack Hammond is a scientific intelligence officer for the Monday Afternoon Group, America's top secret paranormal research unit, employing occult forces for intelligence and military objectives. As Mills notes, "The most terrifying weapon lies in the darkest regions beyond the human mind."

Blue Sky research became of interest to both the government and private sector. It spread from R&D thinktanks into the open-minded counterculture then to the mainstream. Along the way, these revolutionary ideas became the obsession of spooks, spyentists, spycologists, psychedelic physicists and a whole host of fringe characters and psychics. Psychotronic researchers broke through the Iron Curtain and brought their discoveries to the West. Many world-class scientists and engineers passed through the threshold of MRU.

Blue sky projects that begin as implausible can produce incremental advances that eventually result in applied technologies, even if it takes decades. It is bottom-up versus top-down research. Bottom-up means exploring from the known to the unknown, seeing if there are any serendipitous opportunities that emerge. By its nature, bottom-up work is unpredictable, based in some kind of intuition.

Top-down means problem directed, oriented to solving a problem. The reality dimension, how realistic the project is, shows up independently for either. Some bottom-up projects are highly realistic, other top-down projects are somewhat unrealistic. No one knows in advance which research directions will deliver.

We now take for granted many once-magical technologies even better than those in sci-fi space operas that emerged from the inspiration of the "Star Trek philosophy." It became Dr. Schleicher's policy not to dismiss any outlandish idea for fear of missing some breakthrough -- the "good stuff." That led to a wide scope of blue sky investigation.

Defense Advanced Research Projects Agency (DARPA), founded in 1958 when the Soviets launched Sputnik, is the Pentagon's autonomous Blue Sky agency. But DARPA itself is a small bureaucracy which doesn't own any labs. All work is outsourced from the director to program managers to specialists -- winning contractors and subcontractors. DARPA insiders actually claim the best program managers are science fiction writers.

Bridging the power of belief and technology, they accept that pushing the boundaries hard enough implies failing a good portion of the time. Half of DARPA's projects are classified. Such projects are still conducted behind closed doors by DARPA, whose "holy grail" is decoding the the brain to build a brain-computer interface. Currently, DARPA is working hard to crack the brain's neural code and develop "haptic interface" for sustaining and augmenting human performance.

Many dark chapters in brainwashing and mind control have been written since Tavistock Institute of Human Relations began its massive social engineering program after WWII and teamed with CIA to deploy nefarious experimental programs, such as MK Ultra. There is a Defense Intelligence Agency (DIA) Psychic Center and the NSA (National Security Agency) studies parapsychology, that branch of psychology that deals with the investigation of such psychic phenomena as telepathy, clairvoyance, extrasensory perception, and psychokinesis. They also did experiments where the mind of one person controlled the bodies of others.

One project led by Dr. Peter G. Bourne, aimed at creating a psychocybernetic "cyborg" or remotely controlled assassin as depicted in the classic "Manchurian Candidate," "Telephon," and the Jason Bourne series. Controllers pull the post-hypnotic trigger and the subject commits a murder with no memory of the incident. Some of these CIA mind control projects used the public as unwitting guinea pigs exposed to drugs, infectious agents and toxic psychiatry. Many projects became public during 1975 Congressional investigation by the Church Committee. Surrepetitious research continued, farmed out to subcontractors who were not accountable under the Freedom of Information Act (FOIA).

In the 1970's, clandestine programs were conducted at Standford Research Institute (SRI) in Remote Viewing. In the 1980s, the Army applied it militarily in the New Earth Battalion, ("Be all that you can be"), subject of the 2009 movie, "Men Who Stare At Goats." Likewise Special Forces, such as Navy Seals, began using paranormal ESP training for rapid intuitive decision-making in the field, and more. One of Dr. Schleicher's earliest experiments involved dowsing -- not for 'witching' a water well, but to find and trace Vietcong tunnels and tunnel rats. 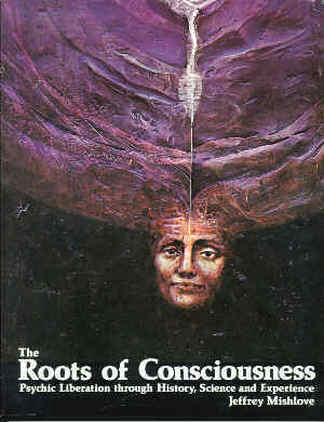 Astronaut Edgard Mitchell, who did his own telepathy experiment from the dark side of the Moon, founded the Institute of Noetic Science (IONS) in 1973. It explores different ways of "knowing," including spiritual practices and exploration of transformative relationships. IONS prominent role in Dan Brown's 2009 best-seller, THE LOST SYMBOL, is fixing the meaning of 'noetic science' in the public imagination. The Esalan Physics Consciousness Group was founded at the same time by fellow scientists Jack Sarfatti, Nick Herbert, Saul-Paul Sirag, and Fred Alan Wolf, to investigate The Fringe by studying frontier science subjects such as time travel, consciousness after death, and ESP.


MRU alumni, Uri Geller with his ESP and spoonbending parlour tricks captured the public imagination and led to crazes in firewalking and other demonstrations of extraordinary human potential. Few in the public understood the spectrum of psychotronics or noetics, but the old mechanical model of the mindbody relationship died and a new model based in psi, mind-body healing and subtle energies emerged aimed at developing innate human potentials and creative capacity. Boundaries between inner and outer experience collapsed.


The new consciousness paradigm opened our culture to the holistic world of complementary medicine, the human potential movement and the idea that we, too, could participate directly in the mysteries of nature and Cosmos. The premise was that the strangest phenomena have the most to teach us about science and ourselves. New interdisciplinary specialties in parapsychology, biophysics, accelerated learning and alternative medicine emerged. MRU was at the forefront of this cultural revolution, which promised transformational breakthroughs in personal and collective consciousness, integral healing and a new worldview. The fascinating history of early psi research is summarized by Jeffrey Mishlove in his classic The Roots of Consciousness, and in this site at http://mankindresearchunlimited.iwarp.com/whats_new_16.html 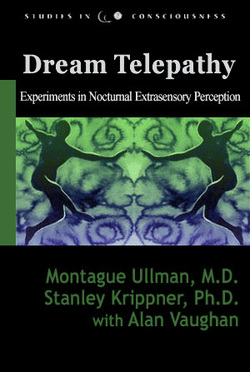 Many MRU associates went on to produce early classics in paranormal literature, such as Dr. Stanley Krippner, who included work by other MRU scientists in his ground-breaking books:

Galaxies of Life: The Human Aura in Acupuncture and Kirlian Photography (with Daniel Rubin). Gordon & Breach, 1973.

Such work continues in the USPA, ISSSEEM, IONS and Quantum Dream, Inc.