The Physics of Consciousness Engineering 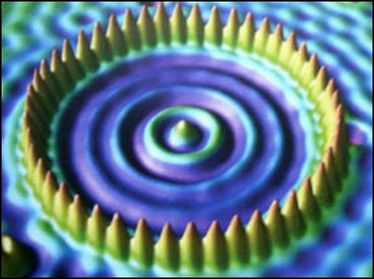 Abstract:  Quantum Mechanics has a severe foundation problem: the missing chaos, or in other words, the problem of the hidden order.  Application of the Maxwell's quaternion theory and mathematician Whittaker's work to QM produces a superset of QM, where the missing chaos is restored.  Including the infolded scalar EM energy of the vacuum potential restores an underlying unity to general relativity and EM theory.  It unites EM and gravity in a unified field theory.  You have to apply self-organizing chaos for any macrostructures to emerge from the undifferentiated fundamental condition.  Not only is the mass potential a scalar EM potential, it is also a gravitational potential.  Note that the concept of the mass potentials is a unifying field concept, for unifying gravity and EM fields.  Mind, matter, thought, and the deepest biological control functions use the Whittaker internal electromagnetics as bodymind software.  What is involved is not only a unification of the branches of physics, but also a unification of physics and metaphysics.

Living systems alter this internal EM Whittaker channel (this spacetime lattice structure) and communicate through it for mind, thought, personality, long-term memory, and deep control of cellular and body functions.  The Whittaker potentials interact in the nuclear mass potential of the body--and that is where the signals and functions for deep cellular control, immune system control, etc. are located.  The mind consist of stabilized Whittaker structures inside the living system's biopotential.  Thoughts are a special class of changes/waves in that overall Whittaker-structure ensemble.  The personal unconscious is a single, small, localized sample of yet a greater collection that represents even deeper unconsciousness.  That is why the unconscious is unconscious, just as the vacuum potential is non-observable.

THE HIDDEN ORDER IN RANDOMNESS

There is hidden chaos in brainwave activity which provides very strong evidence that the real activity of the mind occurs in hidden variables, in hidden channels enfolded inside the normal EM field of conventional electromagnetics.  It is, in effect, the self-organizing re-ordering of scattering energy.  This energy resides as pure potential in the scalar fields of the vacuum fluctuation as scalar EM potential waves.  There is a virtual or hidden, deterministic, dynamic order “inside” the normal statistical EM brain activity. Whittaker identified certain fundamental frequencies used by the brain to communicate the electrical/physical functioning of the organism.  In each frequency channel of a set, there are two bidirectional EM waves, actually, an EM wave and its time-reversed antiwave (phase conjugate replica).  A standing scalar potential wave can also be considered a standing wave in the rate of the passage of time.  So the presence of a scalar potential alters the local rate of time passage.

Miller and Miller (1981) have identified such standing scalar waves as enfolding the potential of archetypal processes. Since scalar potential alters time flow, it affects everything else that locally exists in time, and that’s everything, and provides a rational basis for such phenomena as non-locality, synchronicity, and ESP.    More exactly, this potential gradient in the virtual vacuum is a stress effect on the rate of the flow of time.  The time stream stress changes in this effect, increasing and sometimes grounding the overall potential. Direct observation of this EM substructure and its spectrum will require a good scalar EM system detector, but for now we must rely on inference by observing its effects in the physical world, on nature and ourselves.

The detection of scalars involves outfolding the inner energy spectrum of the Whittaker structure of phase conjugate waveforms. In conventional electromagnetics, the internal energetics was discarded by Heaviside and Gibbs.  By discarding the scalar component of the quaternion, they threw out the internalized EM energy of local spacetime and its communication with distant spatial points.  Since the localized energy density of spacetime is essentially synonymous with gravitational potential, they threw out the ability to turn EM force field energy into gravitational potential energy.

They threw out the interaction and entanglement of EM and gravitation, and wrote equations only for the special case in Maxwell’s theory wherein gravity and electromagnetics do not interact.  Physicists have been vainly trying to reunite them ever since, but this dogma is staunchly defended in academic circles. James Clerk Maxwell’s equations describe how an electromagnetic field changes from place to place and from moment to moment.  However, to calculate the actual value of the field one must know the initial or boundary, values of the field, which provide a baseline for all subsequent changes.  It is through the choice of initial conditions that the nature of the vacuum enters classical electron theory.

With the recent cosmological revolution (1998) and its emphasis on the fundamental influence of vacuum potential on the expansion rate and density of matter in the universe, we can no longer avoid a careful examination of what this virtual field, this potential, means in terms of quantum processes, again both in nature and in ourselves.  Gross instrumentation measuring the broad strokes of brainwave emissions, such as Beta, Alpha,  Theta and Delta, cannot begin to yield insights into the infolded potentials within us, the internal energy arena where mind, thought, and emotion reside and function. The externalized EM energy is scattering energy, and energy once scattered will produce entropy, increased disorder, and only the positive flow of time.  That kind of science has no basis for unifying EM and gravitational energies.

Quantum mechanics has a severe foundation problem: the missing chaos, or in other words, the problem of the missing hidden order. When QM was under construction as a statistical theory, Gibbs thermodynamic statistics were adopted based on the theory of the random variable.  The variables were considered random, which over-restricted the theory.  It left out the now obvious hidden variable of deterministic chaos at work within the potential of quantum fluctuation, and even more fundamentally of the virtual vacuum flux. Now, scientists are willing to notice that there is a second case order, wherein quantum change is statistical, but can contain a hidden order and be nonrandom.  If quantum change is random, then collections of these random tiny changes could never integrate to provide us with the ordered macroscopic universe we live in and observe.

In other words, we would not exist, nor would the universe as we know it with its myriad manifestations and contents. For integration of the statistical quantum changes to yield an ordered macroscopic universe, quantum change must contain hidden order.  That is, the variables must be chaotic, not random.  If the changes are chaotic, then integration of them will see large scale forms emerge and stabilize, which is what we actually observe in physical reality.

Therefore, the biggest foundational problem in QM today is the problem of the missing chaos, which cannot be identified with the Gibbs statistics that exclude it a priori. David Bohm, of course, is infamous for pointing out that hidden variables could contain the hidden order.  Actually all of experimental physics is consistent with his hidden variable theory (HVT).  However, mainstream QM theoreticians still shun hidden variable theory, and therefore hidden order. Still, the groundwork for this new physics exists in the archives of science.

Maxwell’s original quaternion theory of EM included the infolded potential and was very influencial in Whittaker’s work.  Whittaker’s hidden variable theory is directly engineerable on the lab bench; it is testable and targets internal EM bidirectional wave structures in the scalar potential, including the Schroedinger potential. It opens a realm even more vast than that of genetic engineering--that of engineering the vacuum potential and therefore that of engineering consciousness.  Whittaker’s work allows direct engineering of quantum change itself, and constitutes testable hidden order inside the “Gibb’s statistics.”

A situation similar to the restriction of EM theory happened when Einstein formulated general relativity.  His subset was the indirect result of the fundamental Heaviside/Gibbs error in electromagnetics. Unfortunately, Einstein’s view of  EM approximated the classical view, in which EM and gravitation are mutually exclusive.  That is, the strong EM force is not usable as an agent to curve spacetime.  Einstein only considered the weak gravitational force due to the attration of mass, and that G-force is very, very weak!

This theory means there never will be an observable spacetime curvature, except in the vicinity of a very large mass, such as on the surface of the sun or a star.  Ergo, local lab spacetime will never be curved, and local spacetime will always be flat. This fundamental error in postulates can be corrected by assuming that:  The local spacetime is always flat, whenever only the weak gravitational force is used for the agent of curvature and the local region of interest is not near a large collection of mass.  In this model, the far stronger EM force can be used for curvature, and allows unity with gravitation.